Hello! Shellye McDaniel along with you today with a darling recycled/upcycled “Elephant Valentine Treat Container”!  It may appear a little complicated, but it actually came together quite quickly…and I even designed the project as I went LOL!

First, let’s take a look at the completed project and then I’ll give you the directions for creating your very own: This handy Keurig-style coffee box comes in a variety of sizes depending on the count of coffee that you purchase. This particular K-Cup box held twelve pieces, so the box was rather small.  Even if you don’t have a ‘recycled’ box to use, if you have a coffee lover on your Valentine list, simply open the box, remove the contents and then place them back inside once the container has been decorated! I started by tracing the box shape (in sections) onto a dark grey Doodlebug cardstock.  For the two side panels, I used a grey dot patterned paper from Echo Park Paper’s “Blowing Kisses” Collection.  I found that the easiest way to add adhesive was to run the individual pieces of paper through my Xyron Creative Station; it holds permanent adhesive and gives a complete, even coat. For the “trunk” of the elephant, I drew on four horizontal lines.  Next, I punched small holes at the end of each line and then stitched grey/white baker’s twine through. Now for the details and embellishing!  After all of the sides were covered in cardstock or patterned paper, I chose to shade around the edges with Grey Flannel Memento Ink with a sponge applicator.  Next, I added a white pom pom trim around the bottom edge of the box. For the eyes: Two 1.5” ovals were die-cut from white cardstock.  The ovals were the scored about ¼” from one end to create a tab for gluing down.  Next, two 1” ovals were die cut from a turquoise cardstock and attached to the white ovals.  Two black enamel dots were added to complete the eyes.  The pieces were glued to the top flap of the box.

For the cheeks: A 2” circle die was used to die-cut the shape from a dark pink paper.  The circle was cut in half, inked around the edges with Love Letter Memento Ink and then the pieces were adhered to the sides of the flap as shown.  I further embellished the cheeks with two heart stickers and iridescent gems. For the ears: Two 4.5” hearts were die-cut from the same grey cardstock.  Next, a 4” scallop die was used to cut two pieces of red/pink dot patterned paper.  The smaller hearts were adhered to the grey pieces and then inked around the edges with the Flannel Grey Memento Ink.  Each of the ears were gently folded in half and then attached to the very back of the flap.  If you don’t have similar heart dies on hand, you can find patterns to trace online or use svg files. I further embellished with a large pink dot ribbon bow with a red button center.

Fill the box with K-Cups, candy, cookies or just about whatever your heart desires!

I hope that you enjoyed this sweet Valentine treat that I created just especially for my friends here at Scrapbook & Cards Today!

To see more of Shellye's beautiful work, follow her... 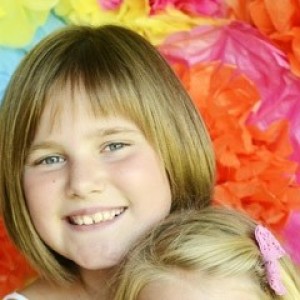