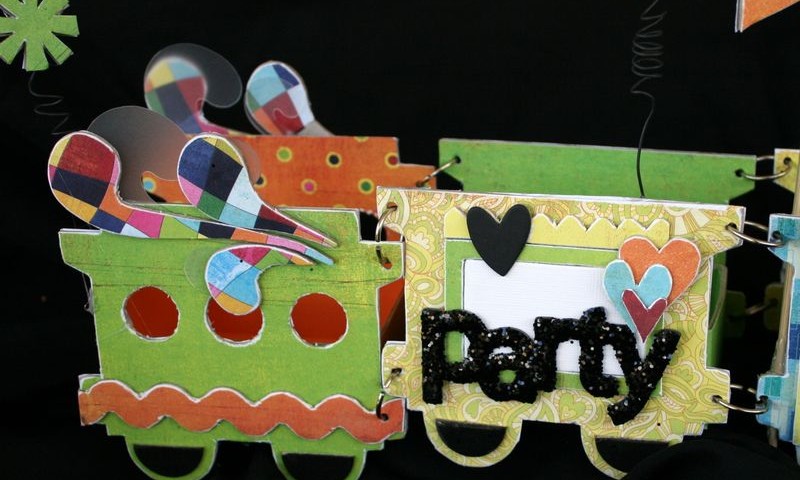 So today I thought I would do something fun for you all. I made a candy train!! Its two train accordion albums. You don't have to have candy (actually it was a good excuse to buy yummies!!) Items needed are as follows:

Remove all the rings on both albums. Cover with patterned paper, front and back, sand edges On the first carriage I used mini gears, chipboard foundations (squares and circles) and borders from the chipboard sheet. Cover as above and spray shapes with Maya Mists then coat with glossy accent.

Cover the next 3 carriages as above. I made both sides the same and when adhering them I lined them up so each side was the same. To create the cage effect I used rectangle shapes from the chipboard foundation set and cut them out. The leaf is just a cut out from paper. All the carriages have a semi circle for the wheels, which were inked and covered with glossy accent. The last 2 carriages are the same as above. I used a rectangle shape from the chipboard foundations, then made an extra border by cutting a scallop frame and attaching above the rectangle. Assorted hearts covered and adhered by layering. The word is from the cupcakes chipboard set. The last carriage, was already diecut and I just added borders and some flourishes from the supernova set. there are sheer ones layered behind. To join the carriages together I made little boxes, a quicker way would be to buy premade boxes. I used the glue gun to attach the boxes. Once all the boxes have been attached I added a scrap of chipboard and some of the border to create the front of the train and cover the box I added. See the picture above

To finish off I added some stars attached to satay sticks with papers and and shapes. You could use anything from birthday numbers, or names etc, depending on what you are celebrating. The picture above shows 2 examples. One attached with a satay stick and one with wire.

The final step to complete the Candy Train is the candy of course.....For us Aussies its a Lolly Train!! 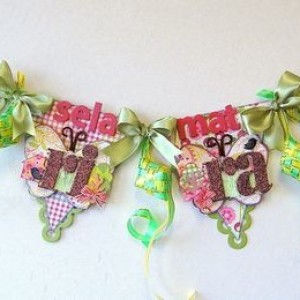